Professor LOW Ee Ling is the Chief Planning Officer, Director’s Office and Professor of Applied Linguistics and Teacher Learning at the English Language & Literature Academic Group at the National Institute of Education (NIE), Nanyang Technological University (NTU). Professor Low is an internationally renowned expert in Pronunciation Research in relation to world Englishes and Applied Linguistics. The pronunciation metric system which she devised in her early career (known as the Pairwise Variability Index or PVI) was a breakthrough as it was able to robustly capture rhythmic patterning empirically. The PVI is still widely used today by leading researchers in the field as well as in many multidisciplinary domains including music and language pathology. More recently, her sole-authored scholarly book “Pronunciation for English as an International Language: From Research to Practice” published by Routledge in 2015, cements her authority in this field. Notably, she was appointed series editor of the Routledge Studies in World English book series in 2015.

She has published widely in the field of World Englishes and Teacher Education which have appeared in internationally peer-reviewed journals like AILA Review, Language and Speech, TESOL Quarterly, English World-Wide, World Englishes, Australian Journal of Teacher Education, and the Asia-Pacific Journal of Education. She is serving/ has served on the following editorial boards: Journal of Second Language Pronunciation (John Benjamins: The Netherlands), Multilingual Education (Springer: Germany), English Language Teaching World Online (National University of Singapore), Regional Language Centre (RELC) Journal (Sage: UK). Additionally, she is the Series Editor of the Routledge-Singapore Association for Applied Linguistics Series in World Englishes (Routledge: UK) and editorial board member of the Multilingual Education book series (Springer: Germany).

My career in education started as a secondary teacher in Victorian government schools teaching Italian, French, ESL and English. I have also worked in education departments and government authorities where I held positions as a Bilingual Education/Community Languages Consultant in the Multicultural Education Services Branch, a Languages Consultant in the Northern Metropolitan region, a project officer at the VCAA in the 90s, a consultant to Language Australia, and as pedagogic advisor to the Le@rning Federation of Languages in 2003 for the Asian languages online project.

These positions have given me solid practical experiences that involve deep understandings of Languages policy and principles of pedagogy in the delivery of professional development, and test and curriculum development. A two year sojourn in Switzerland enabled me to live the multilingual experience, to make connections with European Universities, to present papers on bilingualism and global English for the international school community in Basel and to work as a consultant for ACER to develop tests online.

Hema Rajagopalan is the Artistic Director of Natya Dance Theatre, an organization that specializes in performing and teaching Bharata Natyam, the dance-theatre of India. She is a dancer, teacher, and choreographer of international reputation  committed to preserving Bharata Natyam in its full integrity, developing the art form in new directions and bringing it to diverse audiences. Bharatanatyam is a dance theater form from India.

She is the founder of Natya Dance Theatre in Chicago, Illinois, which will celebrate its 43th year in 2017. There, she creates work that reflects an awareness of the world around her, with an appreciation of the social functions of art. She learned under the renowned gurus, Sri. K.N. Dandayudapani Pillai and Smt. Kalanidhi Narayanan, who made her the artist she is today. Ms. Rajagopalan performed as a soloist for three decades at prestigious venues throughout the world, receiving critical acclaim.

He received PhD in Design Management, Chiba University, Japan in 2003,  MA Industrial Design (Engineering) UK in 1990 and Diploma in Art & Design (Industrial Design), UiTM Malaysia in 1987. Previously, he was the Deputy Dean (Postgraduate and Research) from 2006-2010, Head of Design Technology Program in 2003-2006, Faculty of Applied and Creative Arts, UNIMAS and the Director of Institute of Design and Innovation (INDI) from 2011-2014, Currently he is a Professor at Industrial Design Department, Faculty of Design and Architecture, Universiti Putra Malaysia. He is also a research Fellow for Center of Sago Research, UNIMAS and Associate Research Fellow for INTROP UPM. He also plays the role of design consultants and published his work for publications in local and international journals. He received several academic awards scholarships and more than 50 designs and innovation awards in Malaysia and International such as Product Innovation and Techniques, Geneva, Switzerland 2006, International Invention Fair of the Middle East, Kuwait 2008, Pin Up 2008 Award, South Korea and Gold Medalist for Eureka 2010, Brussels and Double Gold Medalist and Gold Medalist British Invention Show in 2012 and 2014. He is also the winner for Batik Piala Seri Endon 2006 handicraft category and the finalist for the Prime Minister’s Innovation Award 2007. He was awarded four intellectual properties (industrial design and patent) and from his product design and inventions. He also was appointed as Jury for several local and international design competitions such as the Malaysia Good Design Award. He is the Vice Chairman for Piala Seri Endon Alumni and a member of World Batik Council. Besides the product design, he also presented his sculpture, painting and experimental hybrid artworks in several exhibitions, local and international. His principle areas of research are design management, industrial design and hybrid arts..

Prof. Syafnil, Ph.D is a lecturer at Department of English Education of University of Bengkulu, Indonesia. His expertise is in English Language Teaching, Discourse, applied linguistics. He has published his paper in various international journals. He has presented papers in various conferences and seminars.

His research interests, such as, rhetorical structure, genre based.

Indrayuda, Ph.D. is a lecturer of Dance at Sendratasik Department of Universitas Negeri Padang. He finished his Ph.D. in USM Malaysia with a dissertation on political policy and socio-cultural change on the development of dance. He has been in the art world for about 30 years. He has gained experience in organizing or choreographing dance for approximately 23 years. He has written extensively on art and culture both in print, and in scientific and research journals, and has produced approximately 63 pieces of dance, both monumental and contemporary.

Indrayuda has been awarded 3 times as the best national dance performer and has performed dance in various countries, such as Italy, France, Switzerland, Germany, Japan, Taiwan, Korea, Singapore, Malaysia and the Netherlands. He is also active in various dance festival events, as well as local, national, and international dance conferences. He is currently incorporated in the World Dance Alliance Asia Pacific.

Harris Effendi Thahar (born in Tembilahan, Riau, January 4, 1950) is an Indonesian writer who wrote many short stories and poems. His name was recorded as one of the 1970s poet in West Sumatra.

After graduating STM majoring in Water Building in Padang, Harris continued his education at IKIP Padang with majoring in Architecture Engineering Education. In 1986, he earned a bachelor’s degree. He then continued his education at the same university to obtain a bachelor’s degree (1994) and a master (2000). In 2006, he earned a doctorate from the State University of Jakarta. Four years later he was confirmed as a professor of Padang State University, in the field of Indonesian literary education.

Harris began his career as a Civil Servant in the neighborhood of IKIP Padang. At the same time he worked as a journalist in a newspaper published in Padang. At IKIP Padang, he became a lecturer in the Faculty of Languages, and Arts. In 1995 he taught Indonesian Literature at the University of Tasmania, Hobart, Australia. In addition to teaching and being a journalist, he also actively writes. His short stories highlighted the culture and society of Minang, among others “Si Padang” which describes the behavior of role models in rantau who are not worthy to emulate. This short story was published in Kompas daily on September 14, 1986, and had horrendous overseas Minang people. Another short story “Arwana” also thrusts the other side of Minang people who lay the military. His works were then published in the form of a collection of poems of “Lagu Sederhana Merdeka” (1979) and two short stories “Si Padang” (2003) and “Anjing Bagus” (2005). In addition he also wrote a book entitled “Kiat Menulis Cerpen” (1999). He served as Chairman of the West Sumatra Arts Council for the period of 2007-2010. 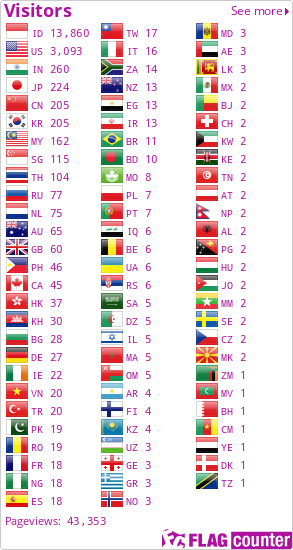